Another “late at the party” kind of review as JD gave me the chance to test some of his knives: the Lil Roadie is one of them and what a clever sharp folding object.

Being a pure Sal Glesser’s design it is always interesting to study it closer. Sal is an inventor and he always try to have a very pragmatic approach to all his knives. They are not looker but highly functional separating matters tools.
The story around its design is well detailed on Spyderco site here.

Some decades later this little knife is still a workhorse made to be legal in many countries where a band can tour.
Roadies needs little tools ready for anything like leatherman or small knives.
I use to offer my roadie friends Swiss Tech keys for example.

The blade got a signature hole (useless) and a distinctive “Double Dent” feature and a large choil. This is a work-poney not a display knife. It really look like a dodo (the bird). 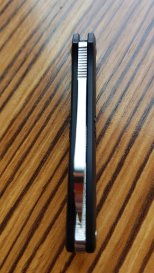 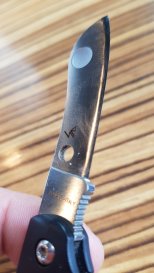 The blade is thick enough to be relatively well abuse and the cobalt alloy steel is not hard to keep really sharp.

The Roadie is a tricky little critter which can be easily one with one hand thanks to his Dodo’s like beak. You hold the knife by the dent and with a flick of the wrist you can have it open. 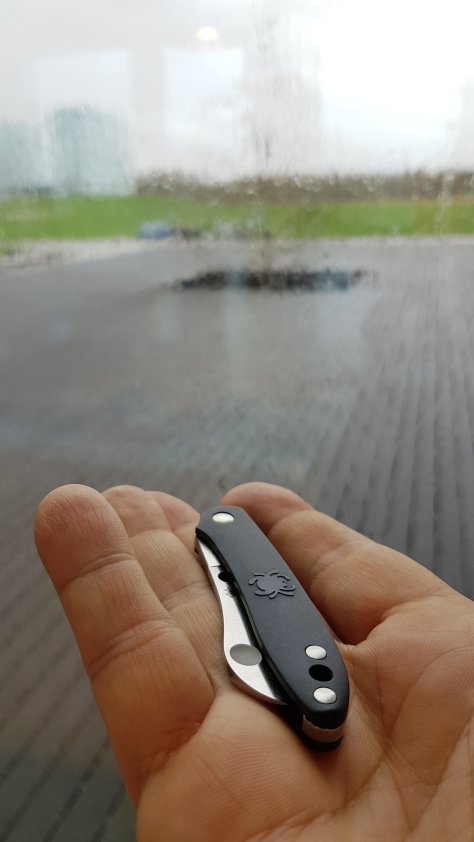 Manufactured in Maniago the contoured handle is made Zytel. It catches well the light.

So Let me pocket it and write about it later in this pages… To be continued ! 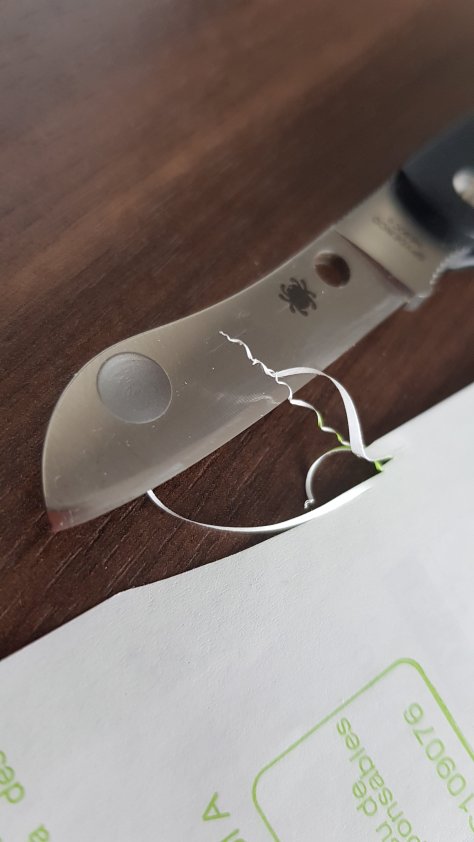