Since its arrival my Crucarta has been used hard, fallen twice on rocks and pavement and been immerged in dirty water.
Well this Shaman is made for that.
In fact I have notice how well it could inserted between my CPM M4 Millie and my CPM 3V Tuff.  Theyu both could be his parents.
Knowing the Tuff is Ed Schempp design for a “Built As A Tank” folder and the Millie “Built As A Tool” Sal’s Glesser design, the Shaman got the best of both world:
A tank knife built as a tool: a solid folder which is really sharp.

This is not the easiest design to achieve. The result is a very powerful folder: solid in term of lateral strength and razor sharp for deep push cutting.
So yes, the Shaman is outstanding bring the slicing power of a Millie with the toughness of a Tuff.
CPM Cruwear is the right choice as it is really standing between CPM M4 and CPM 3V.
It is tougher than CPM M4 and less tough than CPM 3V and in term of pur edge retention it is also in between both.

Being clumsy and getting clumsier, my Shaman has fallen on tiles and rocks twice.
No damage after a very close inspection. Nothing on Micarta or on the blade. The recess steel spacer is immaculate too. The blade is not Stonewashed on the Crucarta sprint run, it it gets some scratches from use but nothing really bad so far.
It has been used on wood, dirty roots, plastic and kitchen duty.

For those who know how tricky a coke bottle butt push cutting can be… The Shaman  is “that” powerful.

I had notice some hot spots to my delicate hands.
The were easy to erase on the micarta handle. 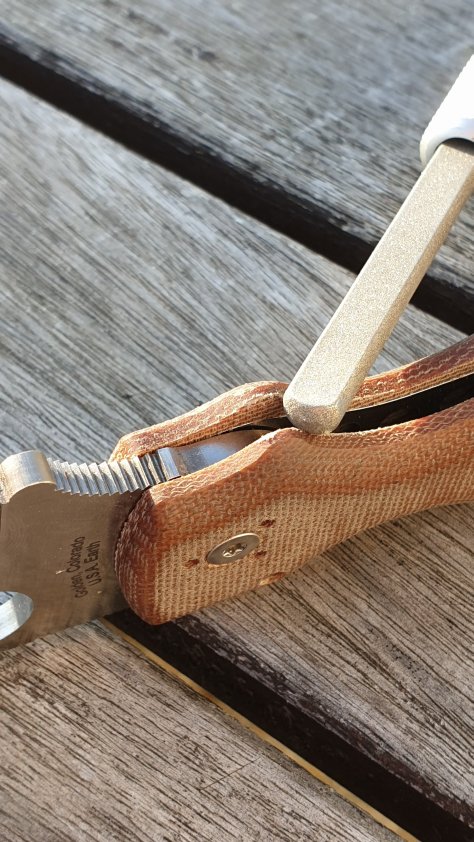 A gentle filing is eliminating them and the rounded handle does marvel in terms of confort.

I have used the same diamond file, and it was a longer task, to file the teeth of the blade’s spine as I use my thumb for my push cuts. Also you can notice there is a flat place for the hand before the lock as I mentioned it in my previous review about the Para3 Lightweight which lack of that “flat bed”. It changes every thing in terms of confort when cutting in repetition hard thing without gloves.

Eventually IMHO the real son of the Shaman is designed by Sal’s own son: Eric.
TheLil’Native is really playing in the same league in term of strong workhorse folder but at a lesser scale. Like its father it conserves a thick spine for a very strong tip.
The Native and the Chief on one side with their thinner blade and lockbacks and the Shaman and the Lil’Native and the other. 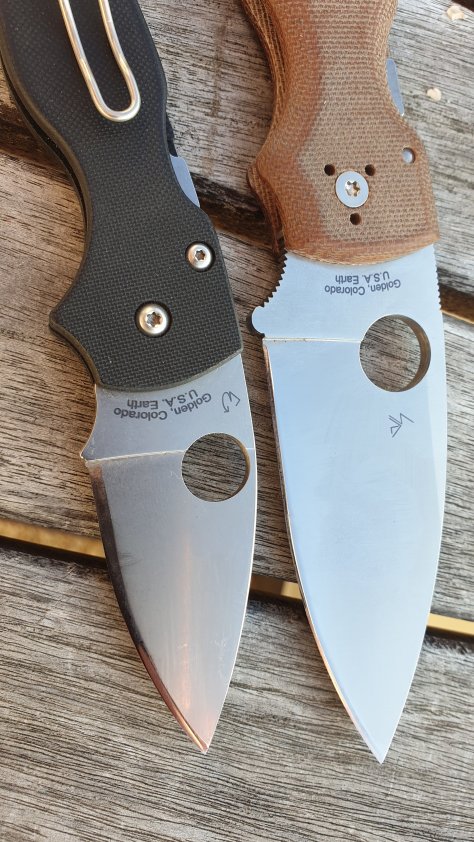 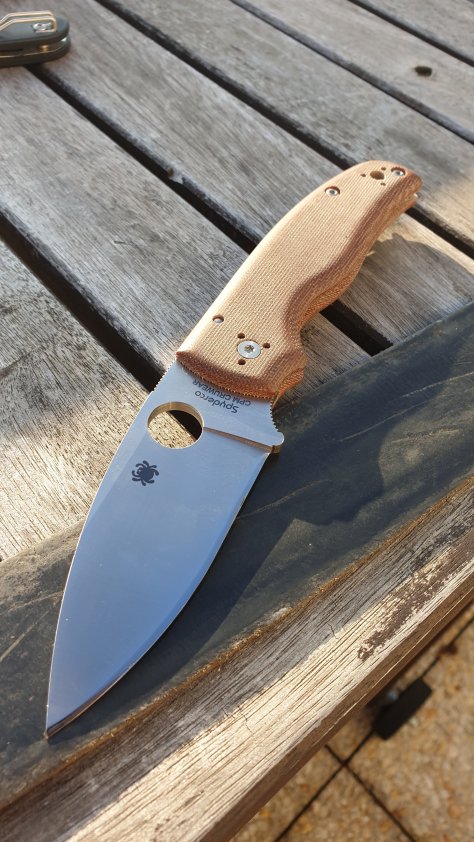 I got the opportunity to carry JD Native avter he has used it for months (since october).

Now the Lil’Native is smooth and easy to open it and close it but more interesting, JD as refined the edge to some sort of pseudo scandi grind ! 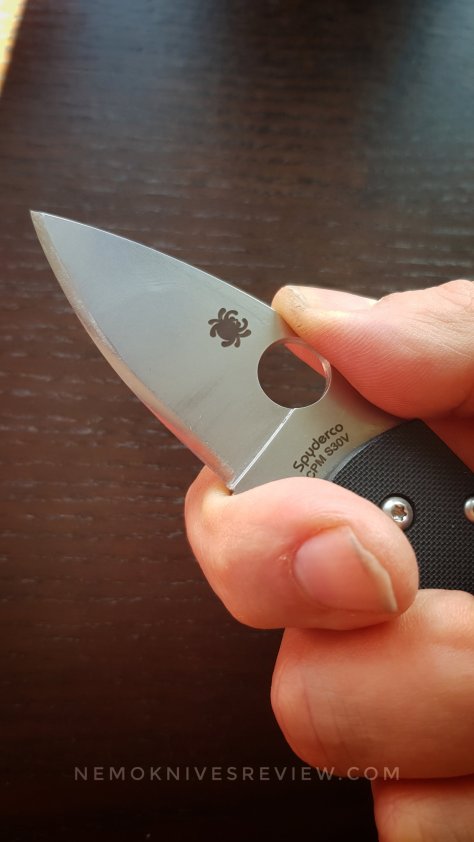 And this knife is cutting so well…

Push cutting through bottle’s bottom is made easy with that new geometry. 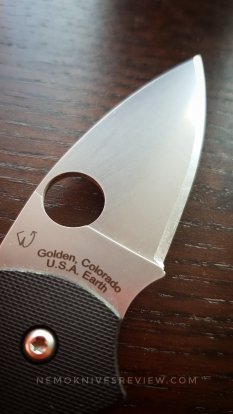 JD has made a beautiful regular thin edge from the choil to the tip.

The very solid construction, glass smooth action and thin edge turned the Lil’ Native into a very impressive knife. Again this is SPyderco specialty to bring short powerful matter separators. The lock is strong, the blade is strong, it is a very capable tool in a compact size. The belly also helps for push cuts. 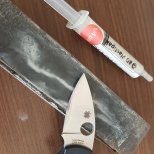 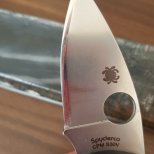